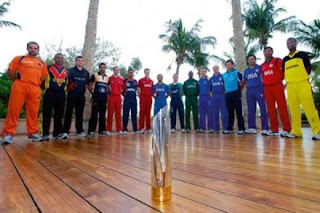 The question then is what can countries such as Ireland, Afghanistan, Namibia and others do about their situation. What is key is that they continue to impress at global events, the next opportunity being in Sri Lanka in September, keep having associate and affiliate players performing in county games and most importantly performing. Namibia playing in South Africa ensures that their players get quality cricket on a regular basis. Only by beating the top sides and continuing in having a professional outlook on the game will the ICC take notice and have little choice but to create a stepping stone between being a big fish in a small pond to a small fish in the vast ocean of full membership.
Posted by A.A.G Berry at 18:54